The Institute derives from The Families of Nazareth Movement. Today we are an autonomous community.
Here is our history in brief:

1986 – 1989 – The first meetings of people desiring to deepen their spiritual life and wanting to devote themselves exclusively to God.

1989 – 1994 – The formation of the first structures of an informal group unofficially called Secolare. The first Summer Recollections in 1992.

1994 – 1997 – The formation of canonical structures as Secolare had grown in members; there was a need for canonical approval. The Statute of the Association of The Lay Faithful was written.

On the 25th of January 2002, the Congregation of Institutes and Associations of Apostolic Life published nihil obstat in relation to the intended confirmation of the Secular Institute of diocesan right. 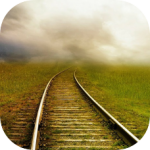 The Holy Spirit, who wondrously fashions the variety of charisms, has given rise in our time to new expressions of consecrated life, which appear as a providential response to the new needs encountered by the Church today as she carries out her mission in the world.
One thinks in the first place of members of Secular Institutes seeking to live out their consecration to God in the world through the profession of the evangelical counsels in the midst of temporal realities; they wish in this way to be a leaven of wisdom and a witness of grace within cultural, economic and political life. (Vita Consecrata, 10)

Mother of Great Abandonment, Humble Servant of The Lord, I give myself to you without reservation

– so that you can teach me how to recognize the signs of God in the history of my life.